is an adult-onset, genetic movement disorder which primarily affects males of Filipino descent especially those with ancestry from the Visayas region of the Philippines. It is characterized by dystonic and parkinsonian traits. Dystonia is a neurological movement disorder where muscles contract involuntarily resulting in uncontrollable, repetitive movements or abnormal postures. Parkinsonian traits, on the other hand, manifest in symptoms such as slow movements, lack of facial expression, and tremors. 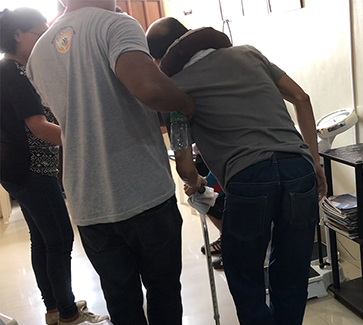 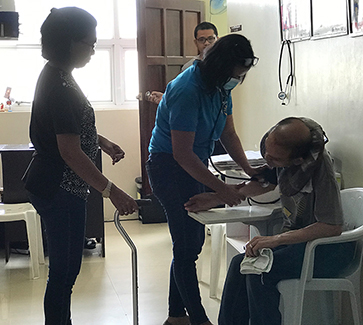 Although XDP is a movement disorder that impacts the body, it can also affect the patients’ emotional and psychological health. To achieve better quality of life, a patient can: 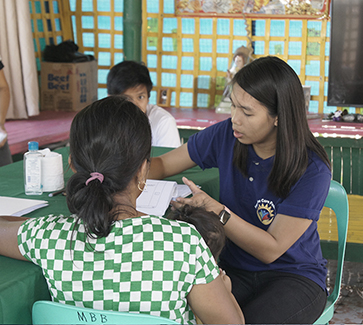 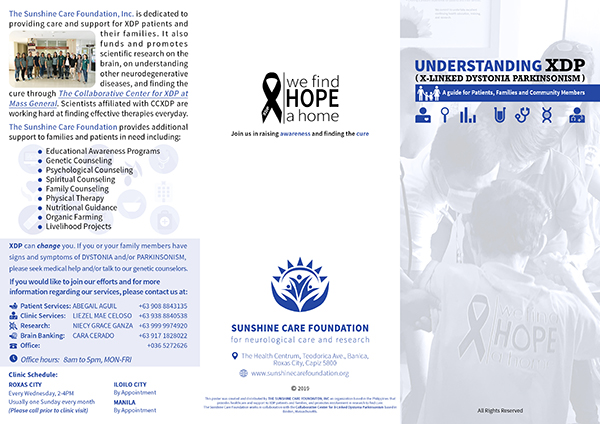 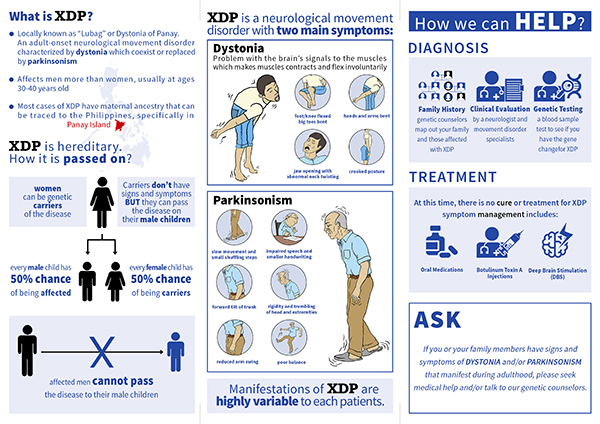 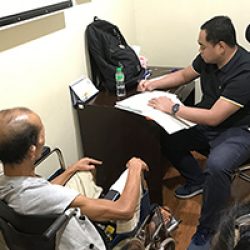 The Sunshine Care Foundation and its partners are working hard to find the cure for XDP. Currently, oral medications (such as anticholinergics and antihistamines) only address the symptoms. Other treatments to control disease symptoms include botulinum toxin injections and brain surgery called Deep Brain Stimulation (DBS).

The Sunshine Care Foundation is focused on finding a cure for XDP and currently funds scientists around the world through the Collaborative Center for X-Linked Dystonia Parkinsonism at the Massachusetts General Hospital (CCXDP). Patients who want to participate in our ‘Research for the Cure’ may join our large family pedigree studies and donate blood so that we can better understand the genetics behind XDP. Because XDP is a brain disease, patients may also choose to donate their brains to science after they die so that we may speed up finding the cure.

Learn more about our research studies.